13 teams took part of this year anniversary IEEEXteme programming competition, 8 from Tallinn University of Technology and 5 from University of Tartu (one team was formed in Narva College of UT). The result was impressive because a team – VertexCover from UT reached to the 1st place in leaderboard, sharing the same score with teams from Switzerland, Iran and Australia! Three teams from UT were in the fist hundred, three teams from TUT in the second hundred, meaning that about half of teams were good enough to belong to the top 10% of participants around the globe.
Great job, Estonian teams (ordered according to place in leaderboard): VertexCover, eSchmetterlinge, Enceladus, singleSpace, 50MoreLinesOfCode, SuperFly, TheEbony, TheTeamTeam, CodeZal, suvakas, ChildrenCoding and NarvaCollegeCode! 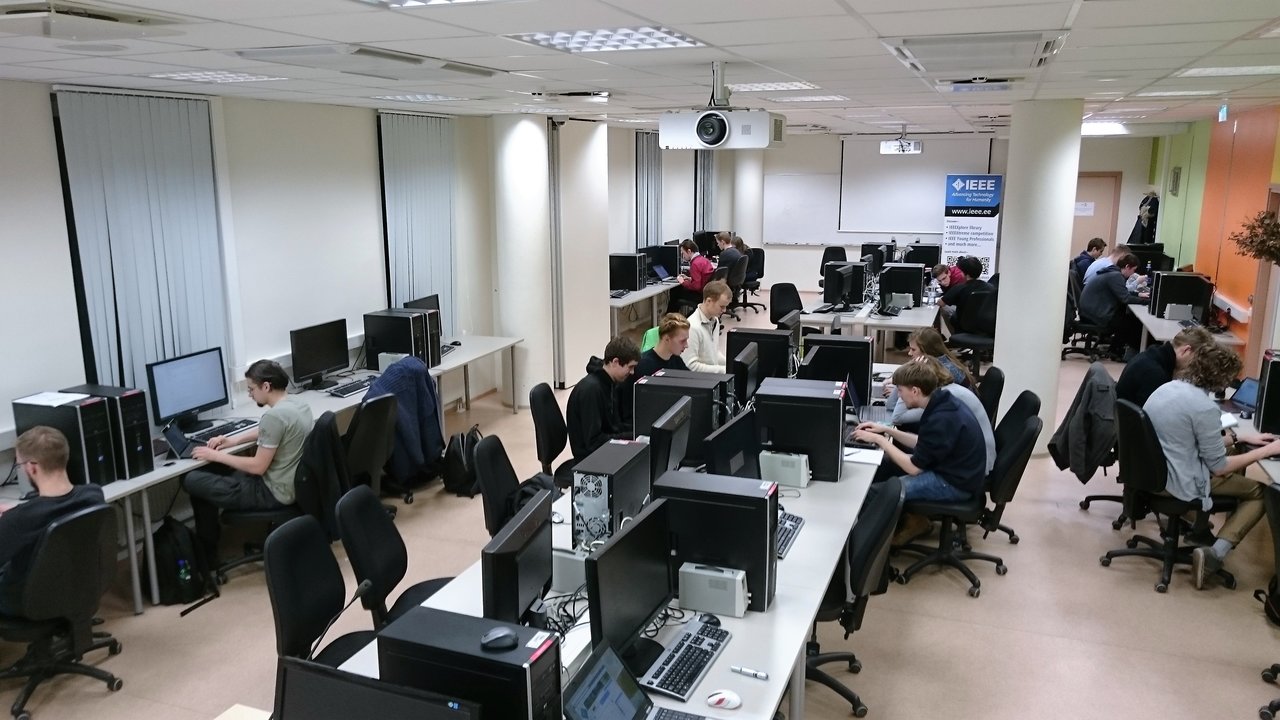 Dark night, the competition has just begun. Tallinn teams at 3:35

The leaderboard. The very top.